GitHub
This is a collection of work from the Solasta modding community. It includes feats, subclasses, items, crafting recipes, gameplay options, UI improvements, and more. The general philosophy is everything is optional to enable, so you can install the mod and then enable the pieces you want. There are some minor bug fixes that are enabled by default.

ATTENTION: This mod is a collection of previously released mods in addition to some new components. If any of the mods this is replacing is still installed, you will have errors on startup. It is highly suggested to delete all mods from GAME_FOLDER\Mods and add the ones you need. No previous mod from the list at the end of this document should be installed unless the author specifically says it is supported. ChrisJohnDigital, ImpPhil and Zappastuff put many hours consolidating all previous work to offer the best we created over the last year in a simple set of basic mods: 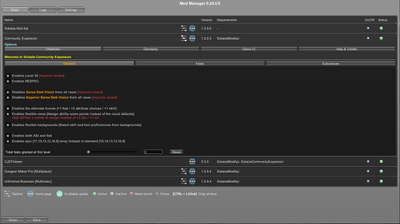 The Community Expansion includes a huge list of additional feats, and most previously released feat mods have been rolled up into a single, organized mod. 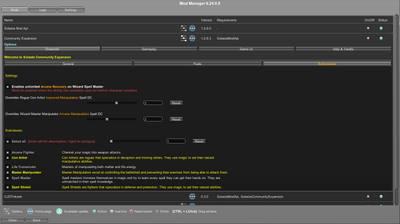 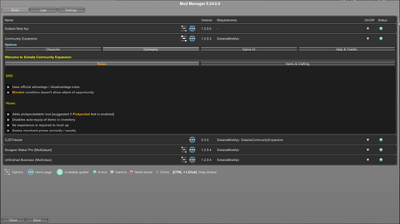 The Community Expansion includes a massive list of improved and new options. Many new items are available to support different builds that are not available in the base game. 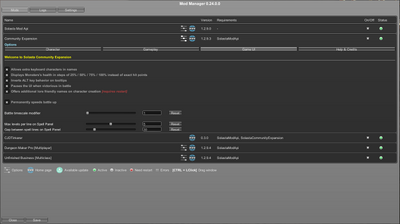 How to Report Bugs[]

Before reporting bugs please check that all old mod versions have been deleted. See below for a full list of deprecated mods. If you still encounter a problem, please follow the process below to help the modders find the problem.

Community content is available under CC-BY-SA unless otherwise noted.
Advertisement